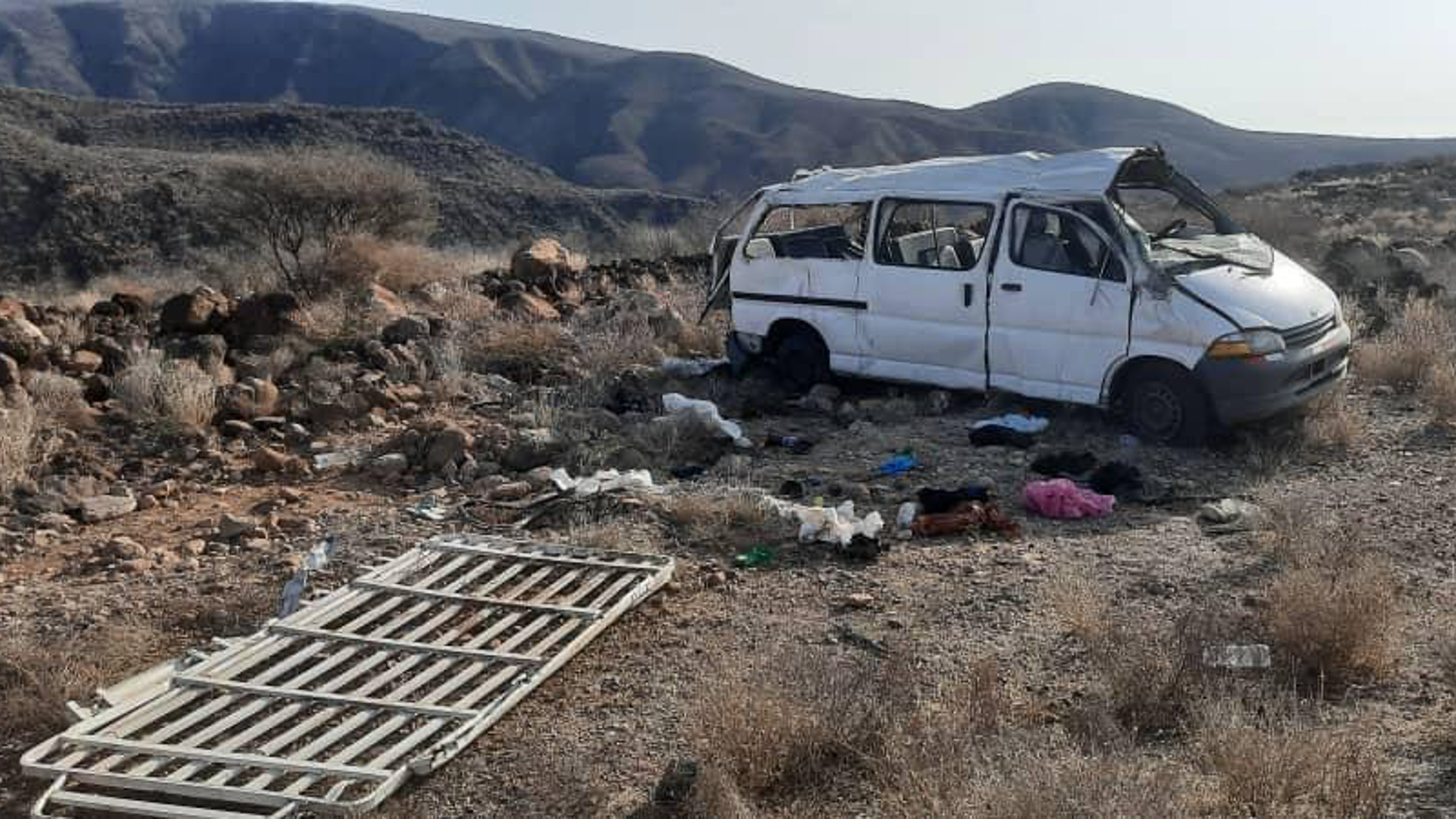 Djibouti, 23 May 2022 – “In the blink of an eye, our lives were turned upside down and our dreams shattered.”

Tigistou Charo, a 16-year-old Ethiopian migrant, survived a harrowing road accident in Djibouti despite being left to die by the smugglers who had been transporting him across the country.

Though he miraculously survived the ordeal, several other migrants involved in the accident were not as lucky. With tears in his eyes, Tigistou recalls, “I was thrown out of the vehicle due to the impact and three of our compatriots were pronounced dead on the spot. Others were seriously injured.”

On 3 May 2022, led by smugglers, a group of 50 Ethiopian migrants crammed into a minibus with a maximum capacity of only 25 people. They departed from Tadjourah, a coastal town located in northern Djibouti, a key transit point for migrants coming from Ethiopia trying to reach Obock to take a boat to Yemen.

The minibus was traveling at high speed to avoid police checks, which are common in the area. After traveling for over an hour, the minibus veered off the road and hit rocks and bushes.

The smugglers and the driver immediately fled on foot, having taken the little money the migrants had for the journey while abandoning them in their most vulnerable moment. Half an hour later, another car of smugglers arrived to retrieve the bodies of the deceased.

Accidents like this one are a common experience of migrants traveling along the ‘Eastern Route,’ the main migration route linking the Horn of Africa to Gulf countries.

Every year, tens of thousands of migrants leave countries like Ethiopia, Somalia and Djibouti for Gulf states in search of work to escape poverty, the effects of climate change, and conflict. They take dangerous journeys by land and sea through the Horn of Africa, across the Gulf of Aden to conflict-affected Yemen. 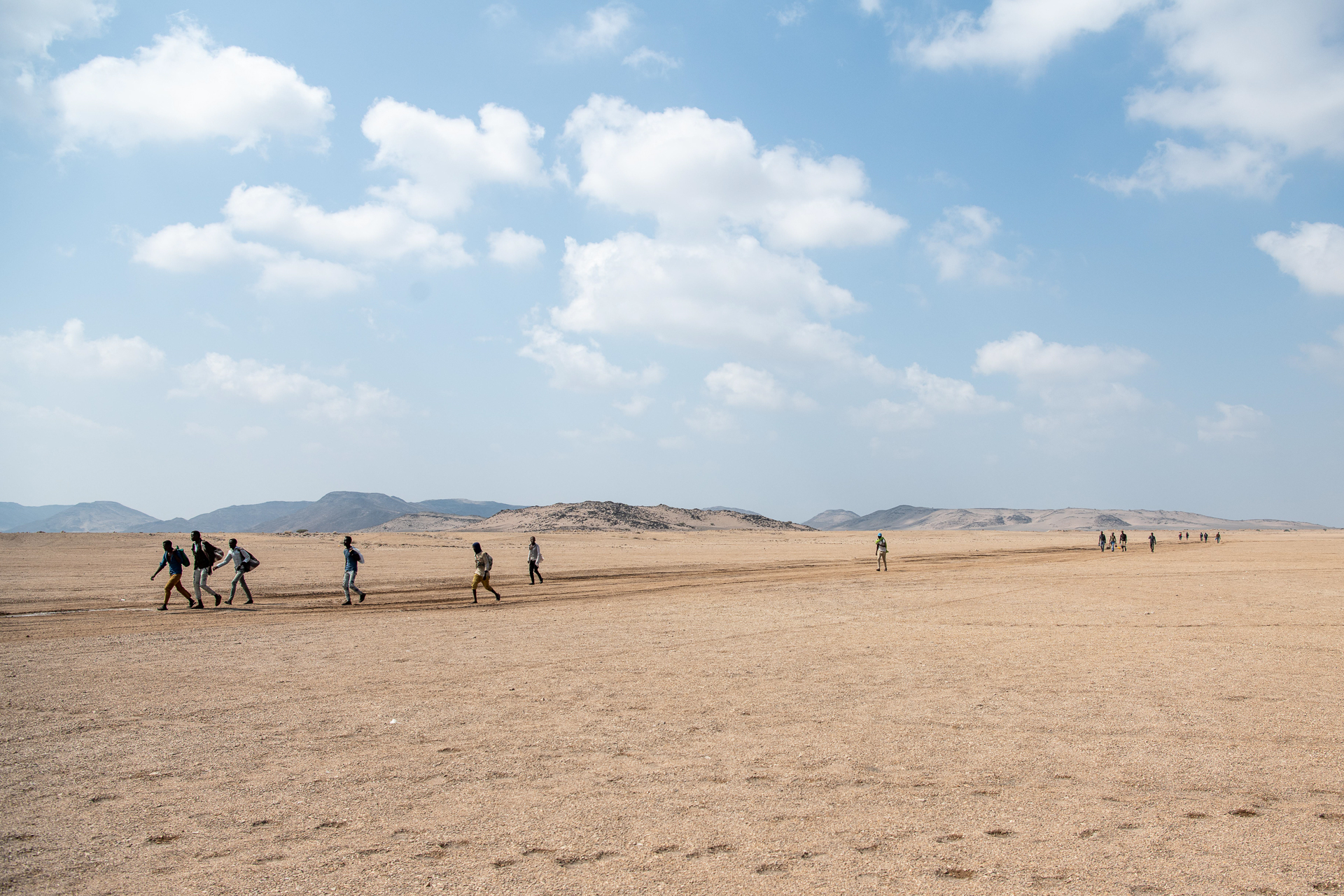 Many migrants, including unaccompanied children, fall victim to abusers, traffickers and smugglers, who often abandon them in the desert without food and water, or occasionally throw them overboard while crossing the sea; some die along the way due to dehydration. Extortion, sexual violence, and death are too common risks.

Janabou, a 35-year-old migrant who also survived the accident, was forced to witness the pain of his comrades. “While waiting for help, we managed to stay alive with the means at hand. Left to our own devices, we used pieces of cloth to stop our bleeding.”

Determined to reach their destination, a group of survivors continued on foot to Obock. 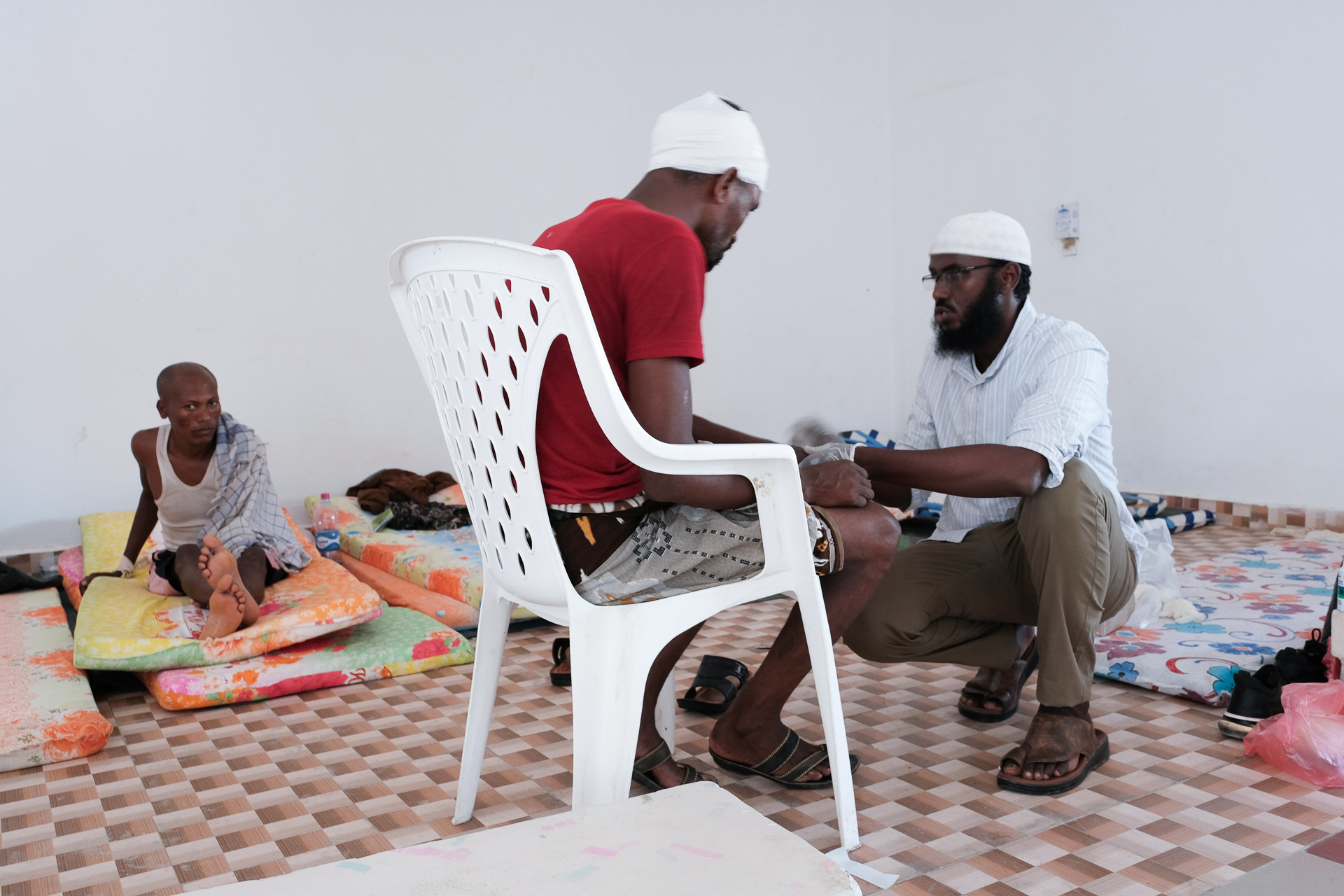 A few hours later, a police car followed by two ambulances arrived at the site of the accident.

The injured received first aid before being evacuated by the Djiboutian Coast Guard to Djibouti City. Once in Djibouti City, they received further medical treatment. In the days following the accident, Ethiopian communities mobilized to assist the survivors. Ten of them, slightly injured, were accommodated at the Ethiopian Community Association in Djibouti where they continue to receive emergency assistance from IOM.

“Beyond the physical injuries sustained, the majority of these young migrants – many of whom are attempting this journey for the first time – also suffer from mental trauma as they begin to process the harsh realities they now face. This is compounded by their anguish when they reflect upon their families and communities they left behind,” observed Dr. Youssouf of the IOM Djibouti Medical Health Office, which provided medical assistance. 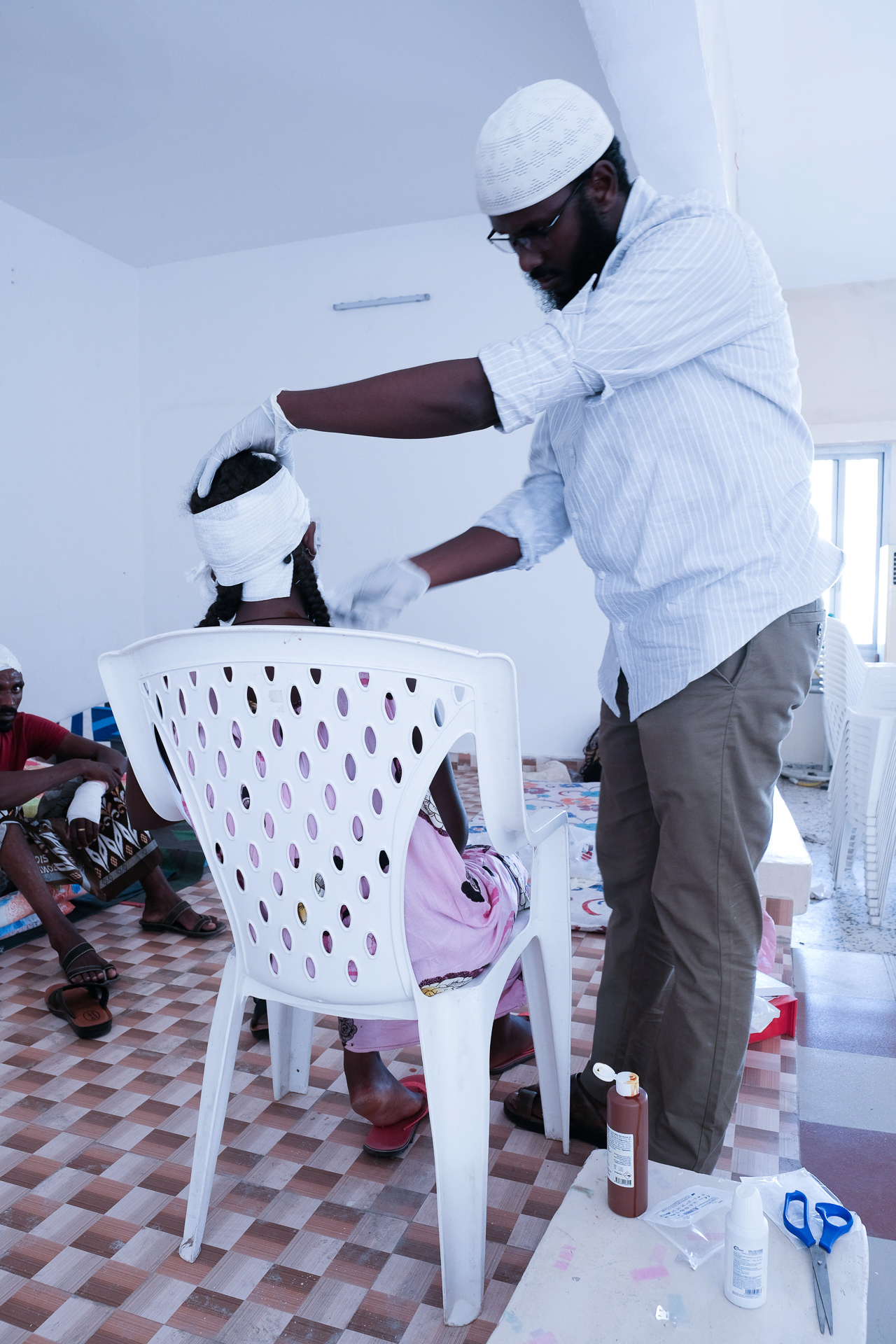 For Hawat Mangassa, a 16-year-old survivor of the accident, there is only one option: returning home as soon as possible. She is grieving the loss of life and afraid of the dangers faced by people like her who embark upon irregular migration journeys. Hawat stresses that above all else, they are human beings simply in search of a better, safer future.

IOM regularly provides awareness-raising activities on the dangers and the risks of irregular migration to migrants, local authorities and host communities. In Djibouti, this includes focus group discussions between local communities and migrants, and gatherings held for cultural and religious celebrations.

“IOM Djibouti will continue to support local authorities and strengthen their operational capacity so they can better respond to the migration challenges in the region. We will keep informing migrants about the risks they may encounter when migrating and support those returning to their country of origin,” said Giulia Ravassard of IOM Djibouti’s Protection Office. 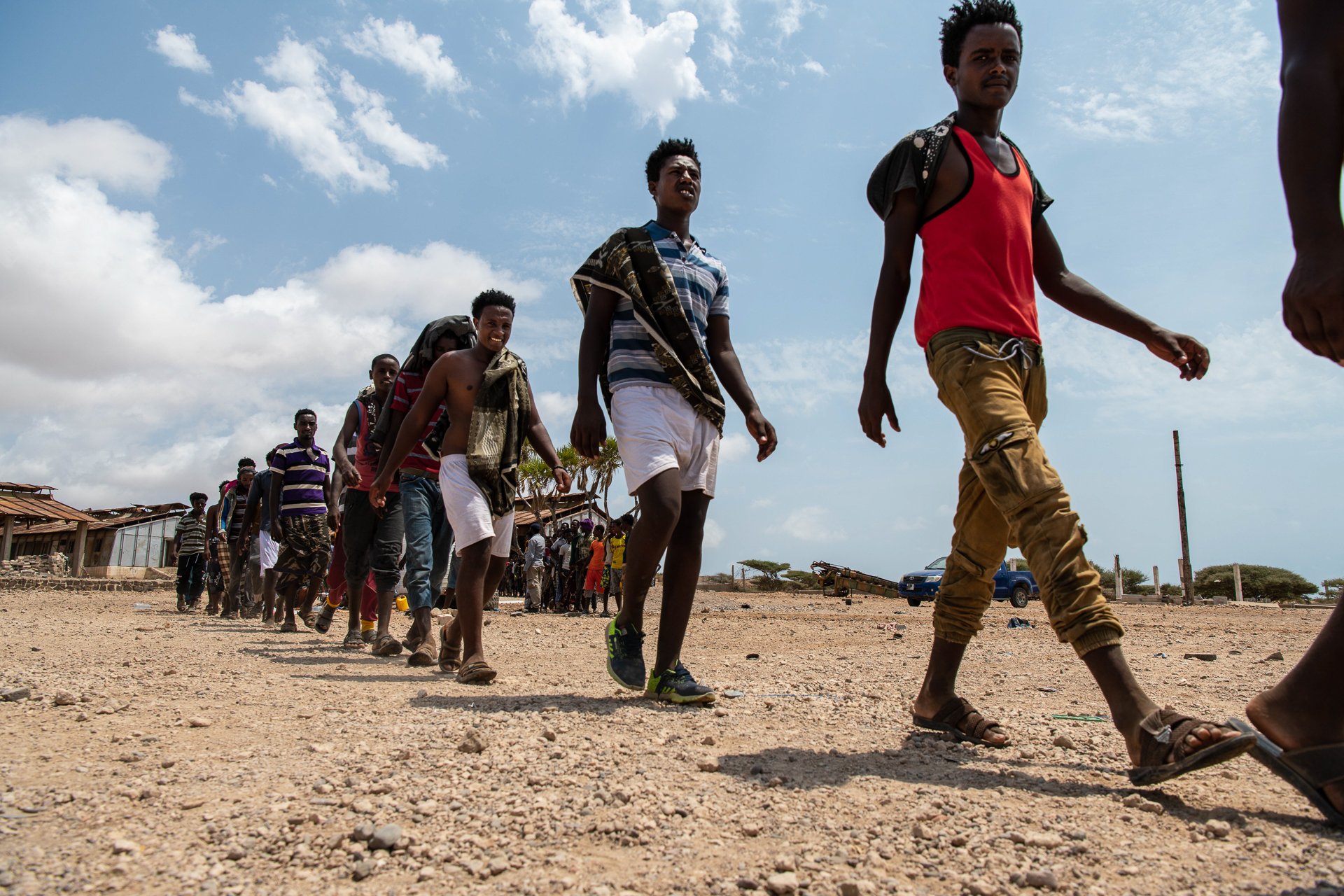 IOM provides assisted voluntary return support to stranded migrants in Djibouti. Pictured: Migrants in Obock, Djibouti in transit to the quarantine site of Ar Aousa prior to their departure to their country of origin. Photo: IOM Djibouti 2021/Alexander Bee

In the East and Horn of Africa region, IOM and partners are working to curb transnational organized crime, responsible for much of the smuggling of migrants occurring along the Eastern Route, and advance real alternatives to irregular migration by promoting livelihood opportunities and establishing regular migration avenues in the region through the establishment of Bilateral Labour Migration Agreements.

According to IOM’s Missing Migrants Project, over 47,000 people worldwide have died or disappeared during migration since 2014, including over 1,000 deaths and disappearances recorded in the East and Horn of Africa. Vehicle accidents or hazardous transport on migratory routes account for nearly 4,000 of these deaths worldwide, including around 200 in East Africa – many likely go undocumented.

The deteriorating economic situation and heightened vulnerability of migrants traveling along the Eastern Route have exacerbated already significant needs. Without adequate funding in 2022, IOM will not be able to continue providing lifesaving and protection assistance, including safe, voluntary humanitarian return and reintegration for stranded migrants in the region.

IOM joins call to save lives at sea