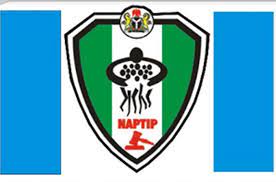 The National Agency for the Prohibition of Trafficking in Persons NAPTIP has arrested three suspected transborder human traffickers in Osun state.

NAPTIP Zonal Commander, Mr Effeh Ekrika told the News Agency of Nigeria on Wednesday in Osogbo that the suspects were members of a syndicate that specialised in recruiting young girls for prostitution.

Ekrika said the suspects were arrested on Monday at a motor park in Ejigbo, Ejigbo local government area of the state while waiting to receive five girls they were to traffic to Ghana for prostitution.

He said “I got a call from Taraba Commander of NAPTIP on Sunday that some traffickers were planning to take some girls from Taraba to Ghana for prostitution.

However some NAPTIP undercover agents were already planted to play along with the traffickers who were directing their movement via phone.

The undercover agents were asked by the traffickers to go to Lagos to meet the driver of the Madam they will be working for in a brothel in Ghana and who will also transport them to Ghana.

The agents then travelled to Lagos on Sunday only for them to be redirected back to Ibadan before they were again redirected to Osogbo.

It was when they got to Osogbo that they were asked to board a bus to Ejigbo, so they can exit the country through the Ejigbo boarder.

It was at the Ejigbo boarder park that NAPTIP in collaboration with the Department of State Security officials arrested members of the syndicate that turned-up to pick the girls.

Ekrika advised Nigerians wanting to travel out of the country to do so legally, so as not to fall into the hands of human traffickers.

The zonal commander also urged parents to be careful in releasing their children, especially girls to people in the name of seeking for greener pastures.

He said investigation was ongoing to arrest other members of the syndicate for prosecution.

One of the undercover agents said three of her sisters were trafficked on September 7 to Ghana and forced into prostitution.

According to her a woman in her village in Taraba recruited her sisters and some other girls for the traffickers.

She said it was one of her sisters trafficked to Ghana for prostitution that called her and informed her of the situation they found themselves.

The undercover agent said she used the mobile number that her sister used to call her to establish contact with the syndicate that she too was interested in the prostitution business in Ghana.

She said that it was at that stage that she informed NAPTIP and she was used as a bait to arrest the human traffickers.

She said the woman responsible for recruiting the girls in her village had been arrested.

According to her, the daughter of the woman also works as a prostitute in Ghana and is the one sending money to recruit more girls from the village into the prostitution business.